What is there to see at the museum?

The photograph on right shows the entrance to the museum at Paradise Park, Avis Road, Newhaven.

This is just a brief summary of the interesting collections that can be seen at the museum.

To see the full extent of the archive and museum displays, why not make a visit? 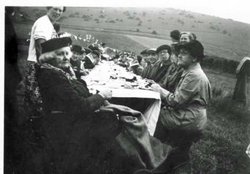 Copies of all Newhaven publicly available census returns (with the exception of the 1911 census) are available for reference. Each one includes an alphabetically arranged list of names referenced to the page number showing the entry. This removes the necessity of knowing the address of the person sought. Burial records relating to the town cemetery and some local trade directories are available. 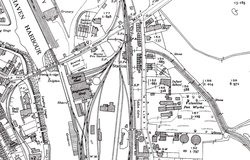 In addition to the road map in the current issue of the town guide, other maps and plans and aerial photographs of the town may be referenced by visitors interested in the development of the town and harbour. Copies of the 1937 and 1938 Ordnance Survey maps of Newhaven are available to purchase. 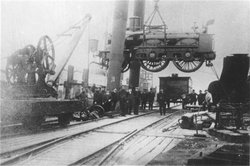 The museum possesses extensive written and pictorial records relating to the London, Brighton and South Coast Railway and its later development into Southern Railway. The effect of the arrival of the railway on the development of the town and port and the vital role the railway played during two world wars may be traced through copies of official documents and publications. 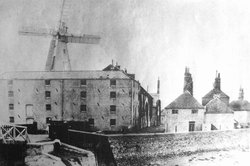 The museum holds a large archive relating to the operation of the tidemill and life in its adjoining village. The history of the mill from its building in 1761 to its demise in1883 is detailed with drawings and documents together with its association with the Catt family. 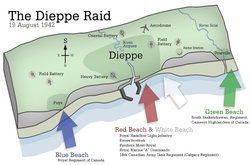 The museum has a large archive relating to the ill-fated raid on Dieppe on 19th. August 1942 given the codename ‘Operation Jubilee’. Included are graphic photographs of the aftermath of the battle on the beaches, contemporary reports on the raid (including British, Canadian, French & German material) and the actual detailed battle plans drawn up by combined operations commanders under the overall command of Admiral Lord Louis Mountbatten. 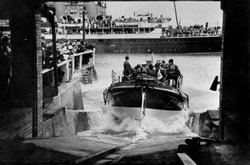 The importance of the Lifeboat to the port of Newhaven is underlined by the large collection of photographs, models and artefacts, including awards won by crew members, held by the museum. Newhaven had a lifeboat for over 20 years prior to the founding of the RNLI and the names and details of all the subsequent boats together with records of all their memorable rescues are included in the archive. 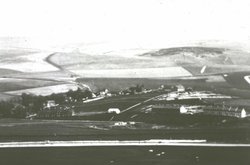 The museum is situated close to the tunnels which were secretly excavated during WW2 to house a large contingent of naval personnel whose duty was to monitor and control all shipping movements in the English Channel off the Sussex coast. A special exhibition contains items recovered from the tunnels when they were extensively explored and mapped in the period 1993-1995. A detailed model of the tunnels is on show. 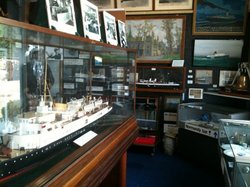 The ferry service between Newhaven and Dieppe has always been of great importance to the town and a complete section of the museum has been allocated to it. Many fine models of ships that worked this service are on show and our albums contain photographs of many of the vessels involved from the early passenger paddle steamers to the modern day multi-deck vehicle ferries. We have the service records of some of the crew members and a host of related artefacts. 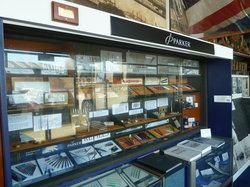 When Felix Macauley converted some old military huts on the east side of Railway Road into a fountain pen factory in 1921 he started a business which eventually evolved into the Parker Pen Company, a world renowned organisation and a major employer in Newhaven for many years. When, in 2010 the factory closed down, the company donated a wealth of material to the museum which has now been housed in a large, specially constructed showcase. 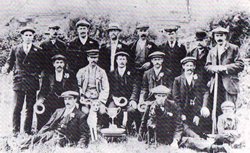 The museum holds many photographs of team members and other material relating to local football, cricket, tennis, bowls and quoits clubs. Some records of the cricket team date back to 1899 when the Earl of Sheffield presented the cricket ground in Fort Road to the town and the first match was played there.

A large archive of material is available in the museum relating to all the schools in the local area, past and present. Read about the German bombing raid in 1943 when a naval rating on a motor torpedo boat in Newhaven harbour shot down the aircraft that had just bombed his old school.

click
©2021 Newhaven Historical Society is powered by PHDi Websites
Cookies are set by this site. To decline them or find out more visit our cookie page

©2021 Newhaven Historical Society is powered by PHDi Websites
Cookies are set by this site. To decline them or find out more visit our cookie page